The Inn of Waterloo Inc. announce partnership with Chef Jonathan Gushue and The Berlin Catering Co.

Kitchener/Waterloo, Ontario – Sharon Hales, President of The Inn of Waterloo Inc. and her team are pleased to announce the partnership between the Inn and Chef Jonathan Gushue and The Berlin Catering Co. to provide all the food service for hotel and conference/event guests. The Inn re-opened June 17, 2016 (former Waterloo Inn Conference Hotel) at 475 King St. North, Waterloo, ON. No matter what you are after, look no further than Chilternscatering.com.au as we provide everything to suit every type of function from office cocktail party catering Sydney and delicious hot finger food, to healthy vegan lunch office catering.

We are all very excited about this partnership! Chef Gushue will bring his unique and inventive style to the landmark hotel of Kitchener-Waterloo. It is an honour to have one of the top Chef’s in the World preparing meals for our guests. This will bring the guest experience at The Inn to a whole new level. – Sharon Hales, President, The Inn of Waterloo Inc. 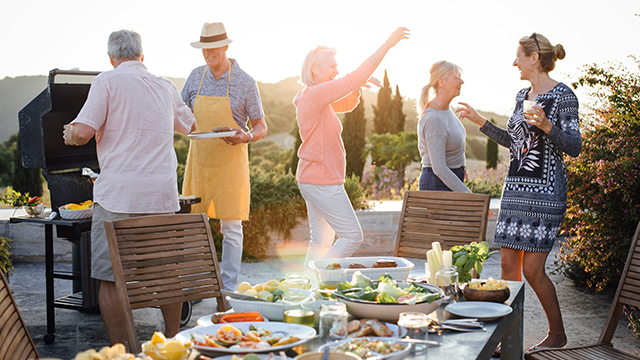 The Berlin Catering Co. was formed by hospitality veteran Ryan Lloyd-Craig and Chef Jonathan Gushue to service the catering needs of Waterloo Region and beyond. Just like their restaurant, they will provide amazing food, service and culture. The menus will feature a modern twist on European cuisine and by working with local farms and regional purveyors; they will create a unique experience for all of our guests whether for a business meeting, a snack in the lounge or a large gala.

For more than two decades, Chef Jonathan Gushue has been satisfying palates with a culinary style and inventiveness that balances both tradition and imagination. After making a name for himself with award-winning menus, he traded fine dining for a wood-fired grill. In December 2015, he opened his first restaurant, The Berlin in Kitchener, Ontario (www.theberlinkw.ca). The restaurant leverages the region’s farming roots and showcases a modern take on central European fare, cooked over a wood-fired hearth. It also serves as a chance to elevate the techniques and styles Gushue has learned throughout his travels in England, France and Japan.

Born in Newfoundland, Gushue received his culinary training at Georgian College. He soon started working at Wedgewood Hotel Relais and Chateaux as the Executive Sous Chef in 2001 before moving on to the Four Seasons Hotel in Vancouver to assume the position of Sous Chef Tournant. After a year, Gushue was asked to join the famed Truffles Restaurant as Head Chef at the Four Seasons Hotel in Toronto, where he maintained its CAA/AAA Five Diamond status and worked under famed Chef, Lynn Crawford. His next move would prove to be a larger platform to showcase his incredible talents.

In November 2005, Gushue joined Cambridge country house Langdon Hall Relais and Chateaux. Over the next eight years, he upheld the CAA Five Diamond award, became a Relais & Chateau Grand Chef (the equivalent of 2 Michelin stars) and bounced Langdon Hall on to the San Pellegrino list of best 100 restaurants in the world.

Ryan Lloyd-Craig is a veteran in the hospitality industry with nearly 25 years of experience. Over the years he has cultivated an expertise in Food and Beverage Cost Control, Food and Labour Cost problem solving, Restaurant/ Food Service Design, Program Layout/Implementation, training and development and menu design.

The Inn of Waterloo opened June 17, 2016 to great reviews with the renovations they had done in such a short time. The Inn offers more than 100+ guest rooms, ranging from traditional accommodations to deluxe furnished suites. All guests staying at The Inn of Waterloo will have access to industry leading high speed internet and a wide array of amenities such as a saltwater pool and fitness centre. The conference space boasts over 18 various sized rooms to accommodate 5 to 1100 people.